Know Any Cynical People? Here's the Root of Their Cynicism

I went looking for people celebrating this girl's story and instead found people saying horrible things they couldn't possibly know about her and her family. I guess this shouldn't surprise me, but I'

The other day, my daughter showed me a video of a young girl performing a song on America’s Got Talent. For those who’ve never seen the show, the talent judges interview the performers after their performance. Simon Cowell (one of the judges) asked the girl how she had chosen her song and she revealed that her father — who has stage 4 colon cancer — loves to hear her sing this song. After watching the video, I noticed that a number of the comments cynically challenged the veracity of her story claiming that “her tears were fake,” “her parents’ tears were fake,” or that she lied about her hometown life, etc.

The cynicism of people publicly claiming to know things which they could not possibly know about a complete stranger strikes me as odd and even cold-hearted. Why are people who truly know nothing about a young girl dismissing her story? Parents do get cancer and their kids, who love them, sing to make them feel better. So, why the cynical responses?

It’s certainly not the first time I’ve witnessed cynicism in the public sphere, and lately when I see it, I start to wonder where it comes from and if the lizard brain, and in particular its need to be right, is somehow involved.

Each of us has an evolutionary primitive part of the brain which is often referred to as our lizard brain. This part of our brain, focused on survival, has four needs: familiarity, habits, control and being right (watch a short video introduction to the lizard brain here). The lizard brain equates survival with 1) our being in places and situations which feel familiar, 2) sticking to effective habits of living and thinking, 3) being in control of our environment, and 4) protecting the ego.

And in small doses, cynicism -- like the lizard brain as a whole -- has its uses. For instance, when a parent tells a child not to take candy from strangers, the parent is teaching the child to distrust the motives of a stranger in order to keep the child safe.

But what about those commenters from the video of the little girl? How does cynicism about a family’s plight with cancer keep us alive? The answer is that it doesn’t in reality, but it feels like it does to the lizard brain. The lizard brain is very aggressive at scanning for threats and humans have developed an aversion to loss that keeps us vigilant in trying to protect ourselves from threats, real or not. So if we distrust everyone, then we can never be at a loss or be fooled by anyone. Even though no one’s survival is threatened by the little girl’s family in the video, if we automatically doubt their sincerity or motives, we can protect our ego from feeling threatened.

Here’s another example of this dynamic playing out in the social sphere. Recently, a story in the New York Post and the Guardian (among other publications) featured a married couple professing to be “Breatharians” (people who claim to engage in extreme fasts from food and water by relying on the energy carried in the air). The wife even reported that she fasted through her two pregnancies. The story was shared in social media over 50,000 times until CNN called foul and Snopes (a fact-checking website) dismissed the story as defying all that is known in science about how humans survive.

For people who initially believed this story, the lizard brain directs them to two options: either insist that the Breatharians are, in fact, real or make sure that in the future they do not fall for tall tales again by becoming more cynical. Given the two options, cynicism seems a better path.

But cynicism can be damaging to our lives over time — especially in relationships and work. In regard to health, individuals with high levels of cynicism are three times more likely to get dementia, and have higher rates of overall mortality, heart disease and cancer-related deaths. A study by the American Psychological Association found that cynics tend to make less money, likely because their more trusting counterparts are better at collaboration and spend less time and energy trying to protect themselves. Other studies have found that cynicism can ruin our attempts to form and maintain romantic relationships.

So, while there are occasions where a cynical stance is helpful (our strangers with candy example), it can also have extremely high costs if we maintain cynicism long-term. How do we find balance in the protective qualities of cynicism while avoiding its harmful outcomes?

One way is to practice intentionality in what we choose to be cynical about — starting with bringing mindful attention to our cynical thinking as it arises on a day-to-day level. Once we are aware of the degree to which we engage in cynicism, the next step is disciplining the mind to evaluate whether or not we are in real danger. We might be wise to be cynical about people who are trying to sell us things for a profit which might make us sick or worse (especially if people have violated our trust before). But what about perceived threats which are not real — except to our ego which does not want to appear foolish or weak? This brings me to the second way.

The second way that we navigate cynicism is by trying on a different experience of doubt such as skepticism. Although, cynicism and skepticism are sometimes used interchangeably, they are not the same. Skepticism is defined as an attitude of questioning before accepting something. Science is a profession that relies on skepticism. Scientists don’t generally refuse any and all arguments outright. But they do question the methodology, arguments or findings of others before accepting them. So, when we maintain a sense of skepticism, it serves to protect us without constantly and automatically rejecting others as insincere or harmful. And this leaves us open to the wonderful possibilities presented to us every day in our relationships and business opportunities, and even in something as simple as a song between a daughter and her father.

What do you think about cynicism vs. skepticism? How do you see them as different? Do you have any thoughts on navigating the tension between protecting yourself and being open to new opportunities? Let us know. 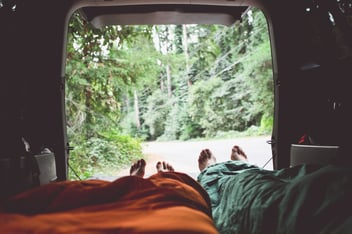 I used to marvel at people who would boast that they could get by on 4-5 hours of sleep a night. I... 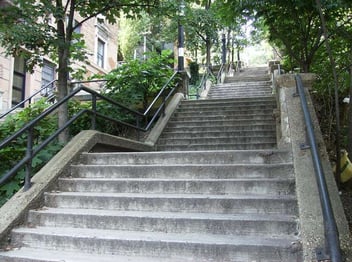 When Will "Hard" Sell?

I am so grateful for the many people in the world who are so much more knowledgeable than me (an... 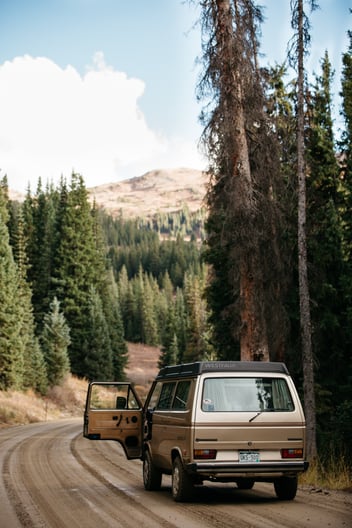 A little investing over the weekend

Hi all! Quick blog for today. I’ve been out this week working with people in Wisconsin rewiring...