Due Tomorrow, Do Tomorrow: Getting Leverage on Procrastination

I’ll confess that I didn’t start out with the intent to write an article on procrastination. I procrastinated in starting my writing. So, I decided to lean in and try to uncover what was going with th

To give you a little peek behind the curtain here on The Wireboard, each author here at Rewire is assigned a week to write that week’s article. We’re not assigned topics, and we often write based on what we’ve been reading lately, or dynamics that have come up with clients, or questions that we ourselves have been working through.


I’ll confess that I didn’t start out with the intent to write an article on procrastination. I procrastinated in starting my writing. This procrastination then caused me to experience some stress, so I wanted to lean in and try to uncover what was going with this dynamic. After spending some time in research and personally testing out some of the solutions I found, I’d like to present a quick primer on why we procrastinate, the effect it has on us, and some simple strategies to address it.

Procrastination is not a modern problem. 16th century English poet and actor Edward Young coined the phrase “Procrastination is the thief of time,” which two centuries later had become a common proverb. The basic meaning being that someone who puts things off isn’t actually saving themselves any work, but merely forfeiting time now that is paid back with both time and action later.

Nor is it unique to working adults. Children, adolescents and college students often procrastinate with their schoolwork, which leads to falling behind and can lead to failing out of school. I’ve seen retirees put off medical tests and treatments that could lengthen and improve their quality of life.

But why do we do it?

Late-breaking news flash - humans fundamentally avoid pain, uncertainty, change, and unpleasant activities. So, any task at hand that requires time, brain power, perhaps some physical effort, and/or overcoming some sort of roadblock or difficulty creates the potential for procrastination. This could be anything from needing to make a bunch of phone calls for work or making a difficult decision, to something as difficult and life-altering as quitting smoking or ending a relationship.

The problem is that this strategy of pain-avoidance doesn’t actually work. A study of college students at Case Western Reserve showed that although college student procrastinators had less stress early in the year, the stress they experienced later in the year far outweighed the reduced stress earlier on. The results showed that “Procrastinators end up suffering more and performing worse than other people,” and concluded that “procrastination is neither adaptive or innocuous.” In layman’s terms, this is not something that should be taken lightly or ignored.

A recent study in Psychological Science suggests that the reason people procrastinate is because of a fundamental disconnect between how we perceive ourselves in the present and in the future. “When making long-term decisions, [people] tend to fundamentally feel a lack of emotional connection to their future selves,” says Hal Hershfield, a psychologist at UCLA who studies the present and future self. In other words, the pain or discomfort we feel now, in this moment, is far more real to us that whatever pain or discomfort we anticipate feeling in the future. But as the previous study showed, that delayed or future stress tends to be far more severe than the present stress we are trying to avoid.

And the last time I checked, stress is not good for anybody and it can take years off our lives. A Mayo clinic study concluded that “The long-term activation of the stress-response system — and the subsequent overexposure to cortisol and other stress hormones — can disrupt almost all your body's processes. This puts you at increased risk of numerous health problems.”

How can we stop procrastinating?

So, now that we have established that there is something behind why we procrastinate and that procrastination is not a good thing, what can we do to avoid it? What tactics can we develop?

In my opinion, procrastination is really not as much about time-management, it’s about owning and acknowledging it. For example, when I had to have difficult conversations with people while working in the software industry, I would schedule a meeting with them as early as possible in the morning. The invite was there on my calendar and I did not have to be distracted by having the hypothetical conversation running through my mind throughout the day. And there wasn't any time for some other "urgent" need to arise that would cause me or the meeting invitee to reschedule the meeting.

The takeaway from this was addressed beautifully by writer and lecturer, Mark Twain: “Eat a live frog first thing every morning, and nothing worse will happen to you the rest of the day.” In the case of procrastination, the frog is the hard task that you do not want to do. Get it out of the way early. Your future self will thank you and you won’t spend your day fretting about it.

General tips to get leverage on procrastination:

Now that I have completed this article, I can tell you first-hand that I feel much better. I could have avoided a lot of stress last night and been more present with my family if I had only followed those tips.

Please share this article with people you know who struggle with procrastination. Or you can always do it later... 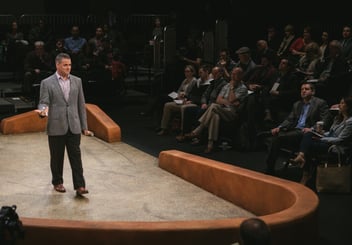 I have droned on and on about writing this blog and it is about time I sat and got to it.  I have... 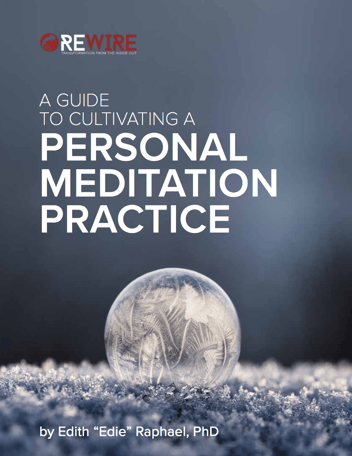 If you've been reading our articles, or come to one of our workshops or gone through a corporate...

1 Powerful Habit in 8 Steps: The Mechanics of the Hand-Written Note

A month ago, I wrote an article on the power of the hand-written note. The emails, phone calls,...