A Story About Habits, Growth and The Band Phish

>I’ve got this client we’ll call "Jim." Jim is a self-described HUGE fan of the band Phish. He has gone to at least one Phish concert per year since 1996! And when you've done something once a year fo

I’ve got this client we’ll call "Jim." Jim is a self-described HUGE fan of the band Phish. In fact, he is such a huge fan that he has gone to at least one Phish concert per year since 1996! And when you've done something once a year for multiple decades, I think it's safe to say that’s a habit. Jim has created neural pathways in his brain that essentially make him call for tickets every time he hears that Phish is coming to town. Until the other day...

Jim and I have been working together on the power that his habits (both good and bad) have on him ultimately reaching (or not reaching) the professional and personal places he wants to go. During a particular OneWire session, Jim agreed to engage in metacognition as often as possible to catch himself acting on habits that he suspects are keeping him from personal or professional success.

The other day Phish tickets go on sale and Jim calls his wife in a panic (his words, not mine) to ask her to quickly grab the credit card and call for the tickets. But then he stopped himself mid-sentence. He stopped because he realized, as he was speaking, that he had been putting his habit of having to get these tickets right away each year in front of his relationship with his wife and family. So, he caught himself and said out loud to her instead “Babe, I take that back, it’s not a rush. We do not need the tickets right away. That’s just my Lizard Brain kicking in telling me that I’ve got to get these tickets right away and that’s not fair to you. Scratch that from the record."

Jim’s wife was so blown away that she asked him where he was right then and there! Jim happened to be at home, and told her so. She drove home right then, gave Jim a huge hug and told him face-to-face how proud she was of him for making that decision and thanked him for thinking of her in that way and saying those words to her.

And while we're at it, Jim is in sales and his sales have been amazing since this incident. Are the two connected? Again I answer, "You bet they are." This story makes me once again look at my own habits and wonder what cool things might be possible if I am willing to do the kind of thing Jim did.

I love this story and I hope you did too. Thanks to Jim for putting in the work so that I could share it.

Over the years working with clients, I have been on a merry-go-round with regard to New Year’s... 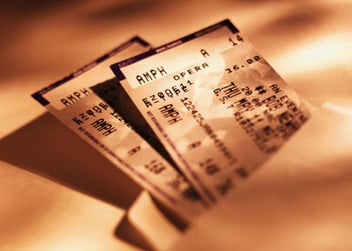 A Story About Habits, Growth and The Band Phish

I’ve got this client we’ll call "Jim." Jim is a self-described HUGE fan of the band Phish. In...

If You're Looking to Overcome Obstacles and Transform Your Work, Start Here- copy

My brother Jim graduated college in 1974 with a degree in biology and a cumulative GPA of 2.8. Not...