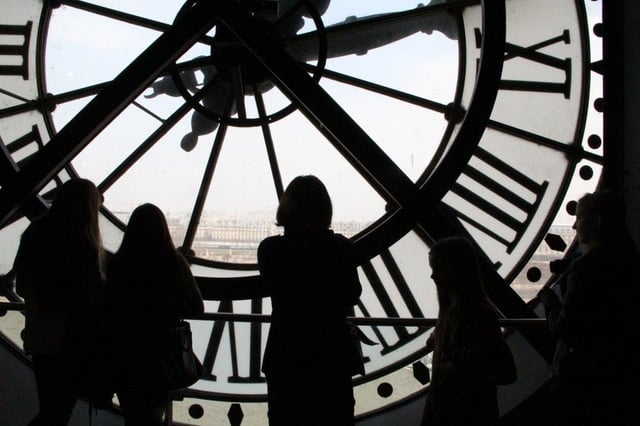 We looked at numbers 1 through 8 in previous articles. Today, I will cover the last in my series, best practices 9 and 10.

In my early days at a big consulting firm, taking breaks was a surefire way to get scornful looks from managers and partners. It was seen as a lack of dedication. But, as I discovered, this viewpoint is completely off-base and unhelpful to productivity and time management best practices.

I learned the benefits of breaks almost by mistake. Back in the 80’s, before we knew about the effects of sitting for more than three hours a day, I used to be a software programmer. Now, I was not a naturally gifted programmer, so it was fairly common for me to start working on a tough piece of code and get stuck after a bit. I would sit there and get angry with myself while I continued to struggle. Eventually, my boss Paul would walk by and see me in this state, and would immediately tell me to “go walk around the block and don’t think about it.”

What? Was it that obvious I was frustrated and angry? Was he sending me packing? However, once I got over my frustration and embarrassment at being told to “hit the showers,” I was able to walk away from the project for a bit. Our office building was on a big block and, sure enough, many times during my walks I would have that "ah ha!” moment of breakthrough on what was stonewalling my efforts.

So get up, get out, and take a break from whatever work has been occupying your attention. In my experience and that of people I’ve worked with, the human brain just isn’t built to focus for eight hours at a time. And trying to maintain top focus for eight hours straight is an invitation to frustration and lost productivity. Take a break.

If you are in a situation where you can’t get outside to go for a walk around the block, instead of surfing social media, I would recommend a daydream! It turns out that daydreaming has gotten a bad rap unnecessarily. Psychologist Kalina Christoff from the University of British Columbia, who has studied and scanned daydreaming brains, says, "Even though you might not be working in a particularly focused way on any one problem, you do have at your disposal a number of dif

ferent systems of the brain to work that problem. You have an expanded range of resources available to deal with an issue that you might be mind-wandering about.”

Here are a few of my favorite break-taking methods:

Pomodoro method - This is a very popular method currently — and very simple. Set a timer for 25 minutes. When the timer goes off, take a short break for 5 minutes. Stretch, walk or just relax (there's also a free app with ideas for this). When that 5 minutes is up, set the time for another 25-minute block. Use this method to attack your daily tasks, and soon you will be feeling like you are accomplishing more while also being less anxious about your time.

90-minute block method - In addition to our 90-minute natural sleeping patters, some scientists also observed that our bodies seem to operate by the same 90-minute rhythm during the day. Their work suggests 90 minutes to be the optimal human limit for focusing intensely on any given task. So, in this method, you take 90 minutes of uninterrupted time for work (i.e., no emails, texts or calls) and then a 30-minute break (again, with walking and/or stretching and/or mindful relaxation). And continue throughout your day.

The 52-17 method - This is a cross between Pomodoro and the 90-minute work block. It is very popular with programmers who call the 52-minutes a sprint, where they are solely focuses on one piece of code. It involves working productively for a 52-minute sprint and then taking a 17-minute break.

The close cousin of the practice #6 (“Have the courage to say ‘no’”), delegation is a huge time-finder. That is why I saved it for last! Delegating is easy for some, but especially hard for those of with bent toward perfectionism and the need to control things. Now, as we teach at Rewire, the lizard brain likes to be in control, and most times, this does not make practical sense for time management.

I learned this when I received the first mediocre review of my professional life shortly after I took my first management position. During the review, my boss Juan said, “Joe, you seem to think you’re the only one who can do certain tasks, so you’re not showing people how it’s done. Therefore, you are stretched to beyond your capacity and your team thinks you don’t trust them. You need to delegate more!” I was really upset at first (emotional intelligence learning moment #1), but I still thank Juan today for helping me see the light and get some of my life back.

In addition to freeing up your time for the most important things (time management practice #5: Learn a prioritization matrix), the truth is that most employees actually want more responsibility and delegation is a great way to build trust with them.

The key is making yourself do it. And there are ways to delegate that set everyone up for success. Make sure your people are clear on their assignments, that they know what they are responsible for, and then hold them accountable. Be thoughtful about delegating the right things to the right people. Usually when you challenge people by delegating authority, they deliver in aces, and your entire team grows in confidence. It will challenge the part of you that wants to be in control, but the benefits far outweigh the risk.

This concludes my series on time management best practices. My hope is that you adopt some of these to help you find some time to do better for yourself and your work. As Benjamin Franklin pointed out, "Lost time is never found again."