Epic Lessons for Meeting Tough Goals at Work and in Life 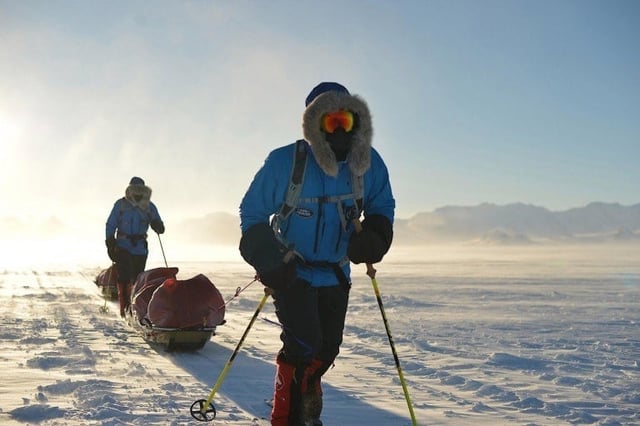 In 2013, polar explorers Ben Saunders and Tarka L’Herpiniere became the first people to survive a human powered round-trip journey from the coastline of Antarctica to the South Pole and back— a journey of 1800 miles across one of most inhospitable terrains on Earth. The trip was called the Scott Expedition, named after the leading explorer who died (along with five others) in 1910 attempting the same trek.


Recently, I listened to an interview with Saunders in which he recounted his arduous journey and his mindset about the struggle — both of his trek and of goals in everyday life. As I listened to him, I identified five pivotal lessons about success and endurance. And while most of us will not expose ourselves to the extreme limits of Saunders and L’Herpiniere, these five pivotal lessons will keep us on the path towards growth in the midst of struggles in both work and personal life.

Insight #1: Resilience (and Resistance) is Inherent in all of Us.

Saunders was asked what he had that others who had attempted this trek didn’t. His response?

He then recounted how, earlier in the week while at the gym, he set a timer for five minutes on the rowing machine. Two minutes into this part of his workout he began to tell himself that four minutes was probably enough. “I’m not immune to the desire to take it easy,” he noted.

Lessons for work and life: Our brains are hardwired to chase comfort and pleasure and avoid pain and hardship. There is a myth floating around that some people just don’t struggle with this part of our thinking. And believing this myth leads us to the profoundly unhelpful desire to be something other than what we are.

But, as Saunders illustrates, resilience and resistance is inherent in all of us. What sets some of us apart is the ability to override that hardwiring by identifying the future reward beyond the present-moment pain.

Saunders and L’Herpiniere began their journey with each carrying 400 lbs of supplies. The first few weeks they traveled a half mile per hour and were subjected to nearly continuous whiteout conditions. In addition to the cold and wind, they endured extreme sensory deprivation.  Saunders recounts just looking down at his skis mile after mile, watching one ski move forward of the other…again and again.

Lessons for work and life: The big picture can be overwhelming. We need the balcony view in the planning stages and for periodic check-ins, but the rest of time hanging out on the dance floor hour by hour, day by day, we can focus on putting one foot in front of the other.

Insight #3: Know Yourself Well-Enough to Navigate Around Your Obstacles

At the 900 mile mark, Saunders and L’Herpiere reached the half-way point, the South Pole, where there is a permanent scientific station. They took a few pictures and called family. Then they promptly turned themselves around, declining an invite into the station, to begin the return trip. Why didn’t they stay? Saunders explains that they had not sat down in a chair or been inside for two months. “It would have been too distracting to sit down in a chair and drink coffee.”

Lessons for work and life: Discipline in large part is knowing yourself well. What distracting temptations do you need to avoid? What environments and routines allow you to do your best work and maintain your dedication? When I was writing a book on a very tight publisher deadline, I realized that I worked best out of the house, in a public location amidst a low-key hum of noise. For several months I commandeered a table in a student campus cafe. Had I been working from home with the distractions of tidying the bedrooms, endless snacking in the kitchen, and two cats begging for attention, the book would never have been completed.

Insight #4: Seeing the Forest and the Trees

The same tunnel vision which drove their expedition past the halfway mark without a hot shower or night of restful sleep almost doomed their effort. Two weeks of intense headwinds slowed their pace on the last 900 miles and their food supply dwindled. They went to half rations and the caloric reduction slowed their pace even further. Then they ran out of food completely. Saunders faced two options: the unthinkable—quitting, and the compromise. He could simply “call it quits” and go home, or he could let go of his vision of completing the trek without any outside assistance and call in an airdrop of food. Saunders opted for the food drop and requested just enough food to get them to the next pre-planned food supply area.

Lessons for work and life: Sometimes reality interrupts our plans. When that happens, when you need to call in outside help and you planned to complete a project completely independently, the ability to adjust your vision of the endgame is critical. Ask yourself, “What is really important right now, completing the task or completing it the way I had imagined?”

Insight #5: Happiness Is Not the Finish Line

At the end of the epic success of the second Scott Expedition, Saunders reaffirms the importance of enjoying the journey—any journey. Even an arduous, pushing-the-limits-of-human endurance journey.

Lessons for work and life: It’s almost cliché, but any of us who’ve reached the end of trial of effort know that what follows is often not on-going elation but actually a feeling of let-down. The post-holiday depression, the lull following the completion of the big job, or the moment of “hitting the big time” and the wondering what’s next.

And so, as you are putting one foot in front of the other, fighting off the fatigue, the second-guessing, the doubt, and the stress, remember to look up once in a while, take a deep mindful breath, find a sense of gratitude for the moment, and say to yourself (or even scream out loud): “This is awesome!!”