What's The Smallest Step You Can Take Today? (The Land Of Lost Songs)

The joke among songwriters is “I’d totally have a top-10 album if I could just get back all my songs from 'The land of lost songs!’ Like, I think I’ve partially written the modern day equivalent of Th 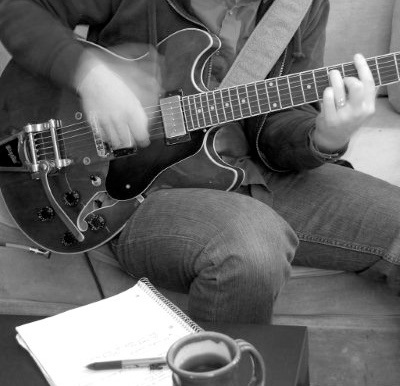 What’s the smallest step you can take today?  This is a powerful question, but in order to explain why it’s so powerful, let me give a quick story.


I belong to a songwriters group that meets once or twice a month in a friend’s recording studio. We all bring songs we’ve been working on, share them with the group, and then get help and/or feedback to help sharpen song structure, or think about instrumentation, or think through how to end a song.

There are two important questions that we drive towards as we help each other with these songs:

The reason we ask these questions is because songs generally have a shelf-life: they represent one particular artistic expression from a particular time.  If the expression isn’t captured or taken to some sort of completion, it can be forgotten. Or, if we let it sit for too long, we can forget what it was that captivated us about that particular musical idea, and so we lose the drive to bring it to completion.  And then the song will go to a place we call “The land of lost songs.”

I’ve known more than a few musicians with a bad habit of half-writing songs.  And I have to confess, I have more than a few songs in “The land of lost songs.” The most recent song I sent there was because I didn’t pay attention to the first question from above: “Have you recorded this yet?”

I had this song that I’d written.  The music had all come to me in the space of about 25 minutes.  It just didn’t have lyrics yet, so I hadn’t recorded it.  But it had a really solid hook and I knew it was going to be good.  When I played it for the group meeting, there were lots of bobbing heads — and a round of “Ooooo! Nice!” when I modulated between this extended breakdown back into the verse hook to end the song.  I finished playing the song and got lots of positive feedback — but I had forgotten to turn on my iPhone recorder while I played the song.

After the meeting was over, I never went back and recorded the song. Not in my home studio, not on my portable multi-track recorder, not even on my iPhone. I had other projects around the house come up that demanded attention. I had to make time to play live on a friend’s album, so I had to learn her material. Insert other excuses here.  The fact of the matter is that now, when I sit down to try and finish the song, I can’t remember exactly what I was doing in the breakdown section and the song doesn’t really cohere together without it.  It just feels like a boring verse-chorus-verse-chorus-chorus-outro radio tune.

I didn’t do the bare minimum I could to keep momentum on the song (just hitting the "record" button on my iPhone app), and now the song is gone to “The land of lost songs.”

This brings me back to the central question of this article and how it relates to positive growth in our work. We all have ideas about how we could grow our work.  They could be projects or sales or marketing opportunities.  But they’re going to require action from us, and because of the Lizard Brain, we’re going to have a hard time bringing these ideas to completion.

Here’s one powerful tool that can break the inertia and keep your best ideas from being sent to “The land of lost opportunities:” What’s the smallest step you can take today towards making this idea a reality?

Now, I didn’t make this question up. I’m grateful to Leo Babauta for introducing me to this idea.  And my colleague Jason Abell is an expert on this.  What we’ve found as we work with clients, both in groups and individually, is that taking a project or opportunity and drawing out one small action that can be taken immediately yields huge progress that breaks old habits and starts building new ones that will sustainably grow our work.

So, I now have a rule that I record my song ideas — even if they’re not finished or won’t have the best audio quality or my voice is a little tired or my guitar amp needs rebiasing or my kids are asleep in the next room so I can't turn up or… — before I go to bed.

So, what’s your great idea for growth in your work right now? And what’s the smallest step you can take to make progress on it? I’d love to hear about it. Hit me up in the comments section! 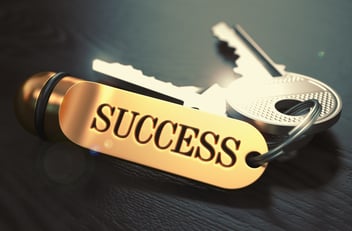 When you reach out to a coach, it’s usually because you have a desire to make a change. Your... 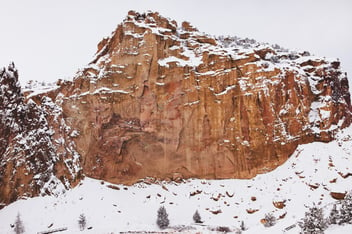 Seeing Is Believing (Or is it the other way around?)

What's On The Other Side Of Rewiring

There are quite a few character traits that people strive for in our modern world.  People want...