All this praise is turning me into a failure!

I want to go over a dynamite article I just read that has some great implications for how we work in teams and how we recognize the work of those around us.

I have to say at the outset that I

I want to go over a dynamite article I just read that has some great implications for how we work in teams and how we recognize the work of those around us.


I have to say at the outset that I’m a little late to this party as this article is over 15 years old.  But this is nothing new for me – I’m often like the guy in the office trying to get everyone to listen to this hot, brand-new band he discovered called “Coldplay.” (I’m telling you all, these guys are gonna’ make it big one day!”)  So, if you’ve already heard this, just nod politely and leave me a comment about what I should read next down in the comment section.

The article is called “Praise for Intelligence Can Undermine Children’s Motivation and Performance” and you can find it here from Stanford University.  In it, Drs. Dweck and Mueller trace six different studies performed on children related to how different forms of praise for task completion and accomplishment affected future performance.  Specifically, they were looking at forms of recognition and praise for effort versus recognition and praise for intrinsic qualities.

Here’s an example: In classroom A, 30 students complete a word puzzle and, upon completion, are told by the teacher “Well done! It looks like you really worked hard at that.”  In classroom B, a different set of 30 students complete the same task. But, upon completion, they are told “Well done! You are so smart!”   See the difference there?  In one group effort is recognized, while in the other, what we might call “traits” or “intrinsic qualities” are recognized as being responsible for success.

And that difference created some very interesting comparisons between the two groups:

Now, as you read this, you might be thinking “That’s fine for kids, but I’m an adult – does this apply to me?”  I would say that it emphatically does (as does the Harvard Business Review) and have a couple key thoughts for how we can start using this in our work and world:

Ok, that’s it for me today.  I’m off to go listen to this new artist I just discovered called U2.  We’ll see about them.  I mean, they’re no Coldplay. 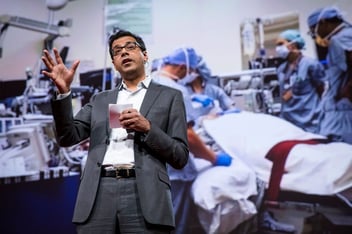 It's Not How Good You Are Now, It's How Good You're Gonna' Be: The Role of Coaching in Improvement

We've been sharing this video featuring Atul Gawande around the Rewire offices lately. And it's not... 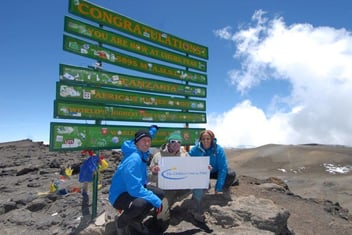 What Kind of Rewards Are the Best Motivators?

Spend enough time around us and you’ll hear some form of the phrase “We can’t expect to act...