“It was about this time I conceived the bold and arduous project of arriving at moral perfection.” - Benjamin Franklin, The Art of Virtue.

Ben Franklin did not mess around when it came to transforming the world. A framer of one of the world’s most successful democracies, inventor of the Franklin stove, bifocal glasses, and author of Poor Richard’s Almanac. And as if that weren’t enough, he flew a kite with a metal key attached to it in an electrical storm as way to research the nature of lightning. These are all great gifts Franklin gave to the world during his life, but I’d like to draw our attention to a program he created for continual transformation and improvement of the self.

After years of reading and contemplation on the concept, Ben Franklin devised a bold strategy for self-improvement someone could practice through months and years of attention and dedication. Now, some might be turned off by Franklin’s model taking months and years of practice. But my experience at Rewire in leading myself and others through profound changes is that this is just part of the nature of change. And as we’ll see in a moment, Franklin knew from his own experience that improving the inner self is no easy task. So he first created a list of thirteen moral values based on his research of virtuous behavior. I’ve listed them below along with quotes and paraphrases of Franklin to help clarify them:

While this is an impressive list, Franklin quickly realized how difficult it is to make positive changes to oneself. He wrote “But I soon found I had undertaken a task of more difficulty then I had imagined. While my attention was taken up, and care employed, guarding against one fault, I was often surprised by another; habit took advantage of inattention; inclination was sometimes too strong for reason.” Because of this dynamic, Franklin committed to paying attention to one virtue per week for 13 weeks while “leaving the other virtues to their ordinary chance.” At the end of each day he would write in his diary about how he fared with the virtue of the week. This way, he could go through each virtue four times per year. Franklin likened the process to weeding one garden bed at a time, rotating around the garden until finally no weeds grew at all.

Franklin’s model points out the level of consciousness, attention, and commitment needed to take on deep and intense forms of change. He writes that it’s not enough to want to be a good person, but that “contrary habits must be broken and good ones established before we can have any dependence on a steady, uniform rectitude of conduct.” Being able to depend on your better inclinations requires an investment of time.

So great was the influence of Franklin, that many people have adopted his practice of 13 traits. The Jewish community in 19th-century Eastern Europe created a practice called “Mussar" (which is said to have been inspired by Franklin).

I have my own list of 13 traits which differs slightly from Franklin’s. Mine includes Compassion/Loving-kindness, Gratitude, Generosity and Trust (in a higher power). Instead of what Franklin called Sincerity, I practice Truth. I combined Franklin’s values of Industry and Resolution into my value of Enthusiasm (although, in retrospect, I like the word “Resolution” better). Chastity and Temperance, I combine under Moderation, and Frugality I relabeled Simplicity (and I emphasize the importance of distinguishing want from need). Also, Justice falls under Compassion/Loving Kindness in my list.

What I’ve learned from my own practice

For the past six years, following Ben Franklin’s example for self-improvement, I’ve been working through my own list of 13 traits. And this experience has yielded a few observations: First, Franklin was a wee bit overly optimistic with his desire for moral perfection. I don’t know that perfection is really possible for mere mortals, and so I think our job is just to try to be a little better week to week, and year to year. We can become better by committing to a lifetime of practice. Second, it helps to practice with a friend or two in order to keep each other accountable. It doesn’t have to be intense or time-consuming. You can designate 30 minutes a week for a check-in call to discuss how your work went. Three, don't go more than two weeks on a trait, otherwise you begin to fatigue on it and slip back into unconscious patterns. Keep moving through the list so other traits can get your attention. 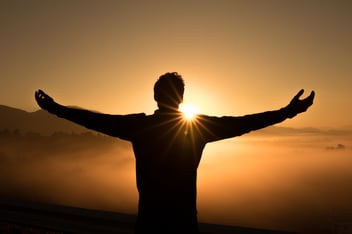 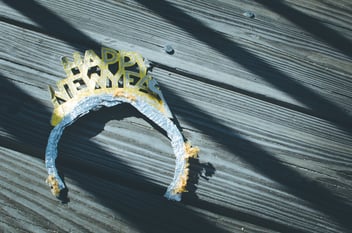 The countdown to midnight on New Year’s Eve creates the sense that something profound istaking... 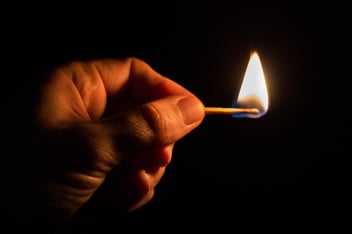 To Recover from Job Burnout, Start with These Questions

There are three things extremely hard: steel, a diamond and to know one's self.  - Benjamin...