What If No One Notices The Amazing Thing We Just Did?

The year: 2012. The explorer: Jason Rodi.  The place: Bouvet Island.  For those of you looking for your next vacation destination, 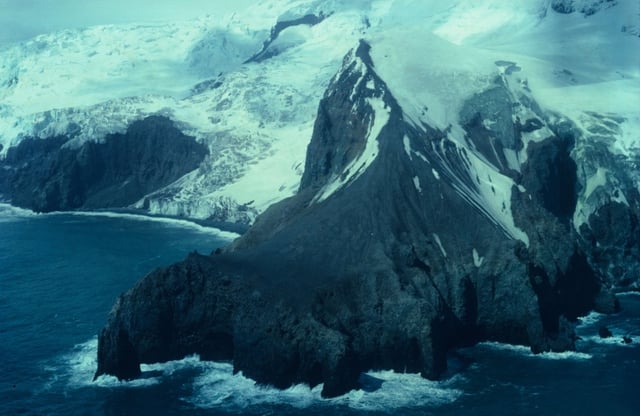 The year: 2012. The explorer: Jason Rodi.  The place: Bouvet Island (pictured above).  For those of you looking for your next vacation destination, here are a few details:


You read that last part right - fewer people have been on Bouvet Island than have been on the moon.  And that’s where our explorer Jason Rodi comes in.  He and his father attempted to climb to the peak of the volcano on the island: a place no person has ever been.  The climate and terrain are so extreme that none of the handful of people that have even been to Bouvet have ever ventured more than a few yards from their landing site. So their climb had no trails or well-worn paths to travel.  No directions to follow.  No hospitals or possibility of medical transport.

You can read his account here (or listen to an interview he did on CBC Radio here), but I want to focus on one part of his journey: the summit. He said it was supremely frustrating.

"As we neared the summit, a white mist set in, and it combined with the white snow and we couldn't see more than a few meters in front of our faces.  We're staring at our compass, and it's telling us that we've reached the summit. But it felt futile...because we could've been anywhere.  We've expended all this effort and arrived, but we can't take a picture.  There's no pot of gold to take back with us..."

What a crazy experience! To be in the midst of something so incredibly rare but not be able to capture a picture or some objective way to share it with another person.  Sometimes our efforts at positive change can take on this same dynamic: we make a plan, we do the hard work, we hit our targets.  But then, when we reach the goal, there's no "view from the summit."  Sometimes people don't (or can't) notice what we've accomplished and we don't have a way to prove it to them.

This brings us to an essential component of authentic growth: authentic growth is about what you can do; not what you can make other people recognize. Whether we're talking about your own personal/professional development or a growth plan you're taking on with a team of people, your plan cannot end with some form of:

Because that would be analogous to Jason Rodi saying "and then, when I get to the summit, I'll be able to control the weather and take a picture!" They're all great ideas, but the world isn't obligated to us like that.  So, take a minute and think about where it is that you'd like to see growth (whether that's for you or your team) and ask the following questions:

Regardless of your answers to these questions, feel free to leave a comment or drop me a line and tell me what you're working on. Or maybe something your company or team is working on.  I'd love to hear about it.  Here's to owning our goals as our own!

As I work with people, one recommendation I’ve seen pay dividends regardless of job title is to ...

What To Do With Difficult News

I want to tell you a story.  Actually, “story” might be the wrong the word. “Confession” is more...

As Steve wrote last week, we’ve been thinking a lot lately about the concept of “risk” in our...