What Will Be the Markers in Your Life? 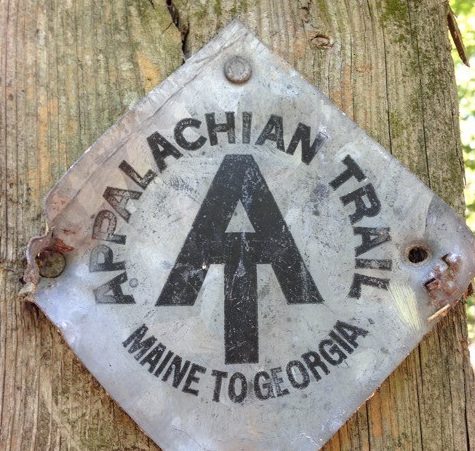 This summer, my son JJ and I hiked the 40-mile section of the Appalachian Trail (AT) that stretches from the northern border of Maryland at the Pennsylvania line to a southern Maryland border at Virginia’s Harpers Ferry. While this trip created many memories for me and JJ, there is something that still sticks out in my mind from the hike: the white blazes.

Like many hiking trails in the woods, the AT is marked with white blazes to guide hikers along their way and ensure that hikers stay on the trail and don’t get turned around or lost. For example, JJ and I had a trail map, but there were a few times along our hike where the trail was overgrown or washed out and we found ourselves literally walking from one white blaze to the next to ensure we were on the right path. We came to depend on these trail markers more and more as our hike continued and I started to realize how important these markers were to the success of our hike. Whenever we weren’t sure exactly where the trail was, or where the map was telling us to go, there were those white trail blazes.

To me, they quickly became a metaphor for the markers we have in life. And even if you’ve never been hiking, I think you’ll see what I mean once I describe the characteristics of these markers:

No two white blazes were alike. Some were smaller than others. Some were painted on trees that had aged so the blazes were cracked or faded or overgrown with moss. Some were bright white and stood out in the woods almost in a way that screamed, “YOU DID IT! AND CONTINUE THIS WAY, PLEASE” (yes, it is possible to scream and be polite at the same time). Some were low to the ground, painted on rocks. Some were way up high on the sides of cliffs. Some were so faded that we had to examine them closely to distinguish if it was even a real marker or not. The markers themselves were so unique that I found myself getting excited to find the next one and then the next one and so on. First to have that “I’m on the right track” feeling, but then also to enjoy the uniqueness of the actual blaze itself. Was it going to be a bright white one or an old, cracked, and almost “wise” one. Maybe a tiny one quietly saying, “Psst… this way.” Or maybe it was going to be a “double” — which meant that the trail was about to take a turn that we might otherwise miss. I’ve included some photos of the actual blazes along our walk at the end of this article so you can see them for yourself.

For me, this past year was marked by some blazes that looked very different one from another: my daughter obtaining her learner’s permit to drive, Rewire getting named to the Entrepeneur 360 list by Entrepeneur magazine, or trials such as a few close friends being diagnosed with terminal cancer. And some of this year’s markers were expected and sought-out while others were surprises. For example, the 10th and final running of the charity that my wife and I created was a planned-out and expected marker. The Guns & Roses Summer concert birthday gift from my wife was a complete surprise (you might be questioning why a concert in my mid 40’s would be a life-marker, but that’s the subject of another article).

If you’re like many people reading this right now, you have lately thought about how your last year was and what your markers might look like in the year ahead. Will those markers be planned and expected or will they be surprises? Will they be low to the ground and almost out of sight or will they be bright white screaming joyfully that “You’re on the right track!”

Today, I invite you to give the markers in your life for the year ahead some pre-thought and maybe even write down what they will look like and how you might navigate to them and from them. If you need some oil to get the wheels moving in this direction, you may want to read these articles on "starting now" ("You Can Still Start Now." "If Not Now, When?").

I can tell you that one of my 2017 markers will include meditating every day next year. I know all about the professional and personal benefits of meditation and have even experienced some of them myself during the limited moments that I have chosen to meditate. If you want to see what those benefits look like, you can see them HERE, HERE, and HERE. I am so done with knowing about these benefits and still not regularly meditating, so I have committed to the daily habit of mediation through the use of an app called Insight Timer. If you want to join me and 25,000 other people from around the world who have committed to doing the same thing, download the free app and join the group “365 Days Together.”