The Role Of Paradox In High-Performance Culture 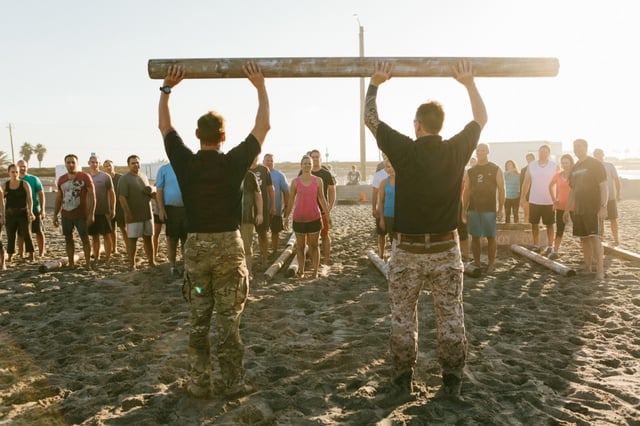 The Navy SEALs met us in the lobby of our hotel. Sunrise was about 10 minutes away. As 50 of us tried to rub the sleep out of our eyes, JC stood on the steps of the staircase exiting the lobby and gave us the scarcest of instructions about what we would be doing that morning. And before we knew it (partially due to sleep deprivation; partially due to the quickness with which they hustled us into rows of 2) we were jogging in formation in the half-light before dawn. We made our way down to the beach as the sun came over the horizon and burned off the slight haze hanging over the beach.

I’m sure that Steve and Jason will have some stories of our time with the Navy SEALs, but, for now, I want to draw out one remarkable part of the training session with them. Over the course of the session, as we competed with each other in teams, they would periodically yell one of the following phrases at us:

Let’s think about those statements for a minute. If you take each on its own, they’re perfect rallying calls: simple, motivational, short. But what about when you put them next to each other?  Now…..now they’re not so clear — now they’re a little harder to rally behind. My internal monologue reads:

And then, if you're anything like me, you end up stuck because you’re not sure which set of goals is more important and which set of consequences is preferable for failure at one of them.

And isn’t our work that way sometimes? Full of priorities, values and goals that seem to be in competition with each other and threaten us with the consequences for whichever priority we subordinate to the other(s)?  For instance:

The common dynamic, both in the training exercise with the Navy SEALs and the questions from above, is that of paradox: When two truths (or goals) compete with or appear to mutually exclude one another.

In coming Wireboard articles, I’ll put out some paradoxes that define our work (along with some ideas for navigating them).  For now, I’d just like to offer one foundational rule that will help you stay grounded as you engage with the paradoxes in your work:

Think about our Navy SEAL trainers once they're back in the field: If you're under fire from enemies while on a mission of high importance and your life might very well depend on the guy next to you, ask yourself, "Would I rather work with someone who picked one of our goals (i.e. "Accomplish the mission!" and "Leave no man behind!") and let the other one go? Or would I rather stand with someone who pushed both himself and the team to try and accomplish both?" I know which one I'd choose. And that is a key feature of high-performance teams: they will keep the tension that exists between the competing goals - knowing that that tension will help push their performance.

So, what about you? What about your work? Where do you see goals and values in competition with one another? How are those paradoxes fostering a performance culture in your work? I'd love to chat about that if you want to leave a comment below.