Employees are the most important assets of any company. There’s a problem that many organizations have, though. When they invest in employees, there is a tendency to think of those individuals statistically.

If you want self-motivated, effective employees to stick around, you can’t treat them like numbers. Maximizing retention means maximizing employee satisfaction, even employee fulfillment, and making them feel valued. This is done better through coaching than through management which may tend to treat workers like numbers. You’ve got to be a coach, not a human resource manager with a mindset to treat employees like numbers. To condense it down: you want to be a leader, not a boss.

There’s a reason HR doesn’t generally manage loan officers or salespeople. They additionally aren’t often involved in managing teams where an entrepreneurial edge is necessary. Why? Fear of losing a job doesn’t motivate a person to excellence; it motivates them into being invisible. HR managers don’t exclusively hire and fire people, but this is what takes up a lot of their time. Accordingly, fear tactics predominate employee perceptions of some HR managers.

As an executive, you cannot afford to think in a way that is rooted in fear tactics. Such thinking builds a wall between you and workers. You don’t want a wall, you want a relationship—employees are the most important assets of your company, after all. The best way to enable them toward being profitable is to have a coaching mindset.

Consider a mortgage brokerage. Many executives in such organizations have loan officers operating in a strongly entrepreneurial capacity. The executives need to see certain numbers, the loan officers are doing their best to enable the right loans for the right people to hit those numbers, and to experience personal gain.

Already, someone working as a loan officer has reached a point where they’re trying to do their best. Now say an executive finds a loan officer is coming in “under par” regarding quota. An executive has a few options here: they can sit down on a one-on-one basis and try to motivate the employee by stoking the fires of consequence…or they can act in a leadership capacity as a sort of coach. The latter method will likely work better, sometimes the former is taken too often. 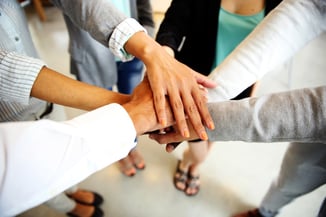 It’s not only loan officers that want to win the “game” of profitable operation. Incentives and bonuses among any team will help drive them toward their goals, as will effective coaching. If such workers aren’t hitting necessary numbers, it’s likely not deliberate. If an executive were to treat them like a malfunctioning machine, rather than a human, they shouldn’t be surprised if they see little to no improvement even while a quota lag persists. A machine is static and uncreative; a person is vibrant and imaginative. If your efforts are already emphasizing this aspect of individuality, excellent! If they aren’t, it may be worthwhile to optimize your approach.

Working with a team of coaches comes in handy in such situations. Employees are going to experience stress, and will likely feel their job has little purpose in the grand scheme of things. But treat them like people who are responsible, creative beings, and you give them inner strength to transcend boundaries, developing creativity to meet quotas.

You must exploit empathy, and this is a learning process. A coach may be “in your face”, push you harder, and motivate you in ways you didn’t think possible—but you understand why they’re doing so. It’s part of “the game”. Which game? Well, the game of selling, the game of outreach, the game of success.

Athletes love coaches because the coach-given passion which drives players is informed by desire. Good coaches transform desire into motivation. This has a balance. Sometimes a coach does get a bit confrontational and direct, because sometimes the only way to facilitate desire and motivation is through a swift, frank, indisputable address of reality.

In terms of a professional atmosphere, it’s going to differ per employee, and again, you can’t treat each employee as “one-size-fits-all” machine component. The key is facilitating desire as naturally as possible. Desire comes from within, and surfeits outward effort.

An executive coaching their team can tell when a loan officer is under too much stress, or a seller needs to get re-motivated after a down month. Instead of berating these individuals, the good coach sits down with his team members, lets them speak, lets them be heard, lets them be recognized, and offers alternatives, advice, comfort, or reproof as necessary. The key is facilitating desire, which equals motivation. Proper action in such scenarios is situationally dependent.

Learn to coach, learn to lead, and employees will stick around because they want to—because they desire to; because they recognize they’re a valued member of your team. If you haven’t looked into a coaching approach, you may want to consider it.

Stefanie Sample is Rewire's Chief Growth Officer. She loves to help entrepreneurs scale their businesses by transforming how they think. She is a connoisseur of day planners and sugar cookies and has strong opinions about both.